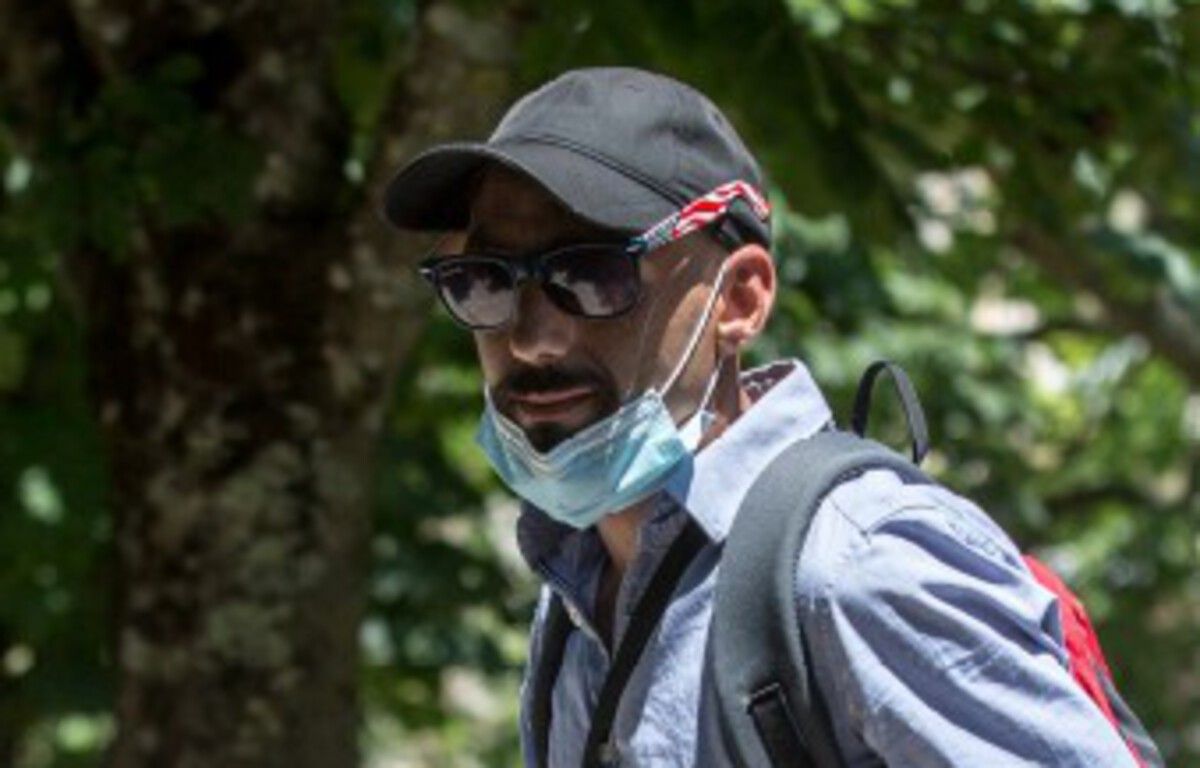 This Tuesday morning, the case of the disappearance of Delphine Jubillar was again at the heart of a hearing of the investigating chamber of the Toulouse Court of Appeal. For the fourth time, the husband of the nurse, who disappeared on the night of December 15 to 16, 2020 in Cagnac-les-Mines in the Tarn, appealed against the rejection of his request for release. The 34-year-old plasterer has been indicted and detained since June 18 for the murder of his wife and will know on March 22 if his request is again rejected.

Nine months after his incarceration, Cédric Jubillar therefore appeared before the court in a variegated dark gray sweater, a black goatee hidden behind his mask. During a closed hearing, his lawyers again pointed to an “empty” file. It is “the announced chronicle of a legal disaster, we realize it now”, reacted Alexandre Martin, one of the three lawyers of the plasterer who continues to proclaim his innocence. “It’s an instruction that skates, we go from media revelations to media revelations which ultimately reveal nothing. It has been nine months that the investigations have been carried out in all directions, to the point of contradicting each other: we are told that it was Delphine’s car which was used to transport the body, then that of a friend. In fact the investigators do not know, ”said the criminal lawyer at the end of the hearing which lasted nearly three hours.

“There are traces of blood, but not human”

The latter refers in particular to the expertise of the car of Cédric Jubillar’s friend. This vehicle, suspected by the investigators of having been used to transport the body of Delphine Jubillar, was analyzed from top to bottom. “To date, it is false to say that there would have been traces of blood found in any vehicle. Investigations into the buddy’s room showed there were seven traces of biological fluids. The tests carried out in December to find out if there was human blood were negative, nothing reacted”, supported Me Emmanuelle Franck, another defense lawyer for whom there is “no element to contradict the ‘innocence of Cédric Jubillar’.

Nothing more either at the level of the comforter which the nurse used to sleep on the couch of the couple. “There are traces of blood, but not human, nothing, no exploitable DNA. It is certainly the blood of dogs, ”continues the lawyer.

On the other hand, Me Emmanuelle Franck regrets that the examining magistrates did not further push the expertise concerning the telephone of the nurse, thanks to the Google data which could be recovered. A mobile phone that went off several times during the night of December 15 to 16. Whether it was shortly after midnight when the WhatsApp application worked, then around 1:30 a.m. when the camera was triggered, or again at 6:52 a.m. when access to the phone’s office was unlocked. “It’s a schedule that interests us because at that time, Cédric Jubillar is with the gendarmes. We also know that he does not have the unlock codes for Delphine’s phone because she had changed them a few days before. To unlock it, otherwise, you need a fingerprint,” explains Emmanuelle Franck.

The soils near Cagnac-les-Mines continue to be probed

To find out how this mobile worked, experts bought the same device in April 2021. They wanted to see if all of these triggers were due to human intervention or to apps. “On May 15, these experts told the investigating judges that they needed more time. They told them that they were giving them fifteen days, the experts said that in fifteen days they could do nothing. It makes us angry because it is an expertise that could only be exculpatory, ”pleads the lawyer who asked the investigating judges to relaunch this expertise.

On the ground, after three weeks of excavations at the beginning of the year, the gendarmes continue to probe the soil near Cagnac-les-Mines, in order to find the body of the nurse. A priority for the civil parties.

“It’s long but necessary. There are always these drones that do research too, it’s important for children who are looking for the truth, they have to be able to mourn. We would like the investigations to go to the end and that we fight to find the body”, for her part indicated Me Malika Chmani, lawyer for the administrator. ad hoc, appointed so that the couple’s children are represented in the proceedings. For this civil party, as hard as it may be for little Louis and little Elyah, the release of Cédric Jubillar “is premature”, “he does not tell the whole truth”. For its part, the public prosecutor’s office again requested his continued detention.