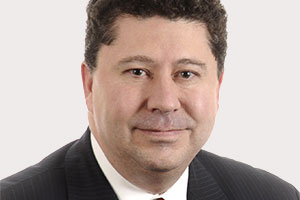 In 1998, Me Colpron joined Ogilvy Renault, which then merged into Norton Rose Fulbright in 2011.

In 2008, Jean-Pierre Colpron was appointed senior partner at Ogilvy Renault.

“He had encyclopedic knowledge of business law and company law”, greets Jules Charettesenior partner at Norton Rose Fulbright in Montreal.

Jules Charette rubbed shoulders with Jean-Pierre Colpron throughout his career… and even before. “I knew him at the start of our secondary studies, it was in September 1970. He was my classmate, university colleague, friend, work colleague, partner. I had a long friendship with him,” says Me Charette.

Me Colpron represents many companies in strategic matters. During the financial crisis of 2008-2009, the Caisse de dépôt et placement consulted him.

“Jean-Pierre supported the Caisse in the restructuring of the commercial paper market, a major liquidity crisis on the financial markets,” recalls Me Charette, who also points out that Me Colpron “advised Cirque du Soleil to all milestones in its development. The lawyer will also have accompanied Rona for many years.

Me Jean-Pierre Colpron sat on the executive committee of the Montreal firm of Norton Rose Fulbright between 2006 and 2011. “He was an incomparable mentor for many young lawyers,” says Jules Charette. “Jean-Pierre left his mark on the firm. He was well liked by the clients he served. »

“Your precious lights are going to illuminate other skies. Thank you for being so devoted to you by my side for so many years”, greets Robert Lauzonformer Director of Mergers & Acquisitions at Rona, on the condolence page.

“I rubbed shoulders with Jean-Pierre at the University of Montreal, at Lavery and at Desjardins Ducharme Stein Monast, relates the retired lawyer Christian Flag. We were even neighbors at one time. I am sad to hear this news. A terrific guy. Humble. Integrated. Superior intelligence. And what a lawyer! Discussing legal concepts with him was a guaranteed pleasure! I learned so much by his side. Thank you again for the many Lalande-de-Pomerols you gave me; I thought of you every time I drank it! »

Me Jean-Pierre Colpron is survived by his spouse Michèle Faille.